The Huu-ay-aht traditional territory is located in the Barkley Sound region on the west coast of Vancouver Island, at the entrance to the Alberni Inlet.  The villages of Bamfield and neighbouring Anacla, principal community of the Huu-ay-aht citizens, are found within this territory. 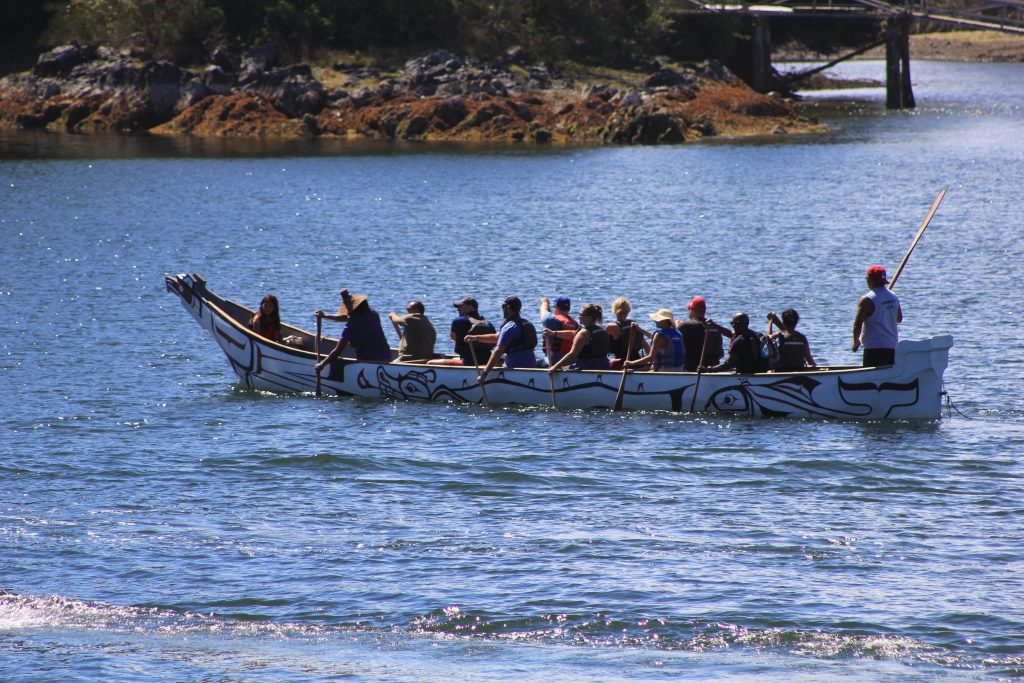 Today, the Huu-ay-aht is a self-governing Nation with over 700 residents in the area. The Nation is a member of the Nuu-chah-nulth Tribal Council and is one of five signatories to the Maa-nulth Final Agreement. This is the first modern-day treaty to be concluded on Vancouver Island.

Integral to the Huu-ay-aht culture are the Ḥaw̓iiḥ (Chiefs) and hahoulthee (Chiefly Territories) who are responsible for the growth and prosperity of hereditary lands, as well as the hahoulthee, and all extended families. There are currently seven hereditary leaders with Tayii Ḥaw̓ił (Head Chief) Derek Peters.

The Nation has overcome many challenges to their livelihood over the years after colonization during the 1700s. They have emerged as a self-sufficient community, focusing on a “made in Huu-ay-aht” sustainability.